The Office of Federal Relations advocates on federal policies and issues that affect the university, facilitates congressional and administration meetings for university administrators, faculty and staff, coordinates issue briefings for members of congress and their staff, and serves as a liaison between the University and the federal government. Reporting to the Associate Vice Chancellor for Government and Corporate Affairs, the Office of Federal Relations works to advance UW–Madison’s interests in Washington DC and is responsible for sharing with campus stakeholders policy and funding developments that may impact the research, education or outreach missions of the University. 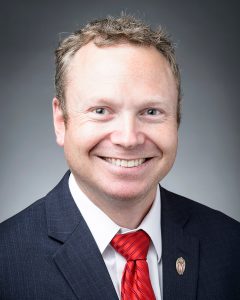 Michael Lenn joined the Office of Federal Relations as its director in January 2017. Before coming to UW-Madison, Mike spent nearly 15 years on Capitol Hill, where he served in a number of roles for Congressman Jim Sensenbrenner, most recently as chief of staff. He also served as an oversight counsel for the House Judiciary Committee and was the Vice President for Federal Affairs at the Insured Retirement Institute, a financial services trade association.

Mike, a Sheboygan native, earned a B.S. in political science and public administration from the University of Wisconsin-La Crosse and a J.D. from the George Mason University School of Law. He is a member of the Wisconsin State Bar. 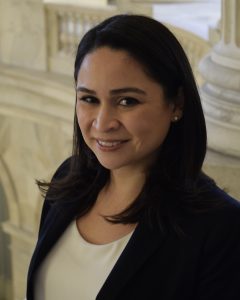 Carina Márquez-Oberhoffner is the Associate Director of Federal Relations, having joined the office in February 2018. From 2015 to 2018, she worked for the Association of Public and Land-grant Universities, where she led government relations advocacy on intellectual property issues and worked to promote federal science and research to Congress and the Executive Branch. Prior to APLU, Carina served as Senior Legislative Assistant for Congressman Tim Walz, D-Minn. Before coming to Capitol Hill, Carina worked for Wisconsin Governor Jim Doyle as Assistant to the First Lady. She is a native of Madison, Wisconsin and received her B.A. in Journalism from UW-Madison.