President Donald Trump and former Vice President Joe Biden woke up this morning in a close race to 270 to win the White House. A number of battleground states, including Wisconsin, remain too close to call as of this morning. We expect some states (Wisconsin and Michigan in particular) to be called today, while others (Pennsylvania and Nevada) may stretch out over the next few days, turning Election Day into “Election Week.”

In the battle to control Congress, Democrats will retain their House majority. However, Republican challengers beat or are leading a number of House Democratic incumbents, including Rep. Donna Shalala (D-Fla.), the former UW–Madison chancellor who lost her re-election bid in the Miami area.

In the Senate, Democrats were confident a blue wave would knock out a number of endangered Republican senators and allow them to wrest control of the chamber. However, as of this morning Republicans appear positioned to hold their majority; their 53-47 majority is likely to shrink, but hold. We won’t know the final makeup of the Senate until a Georgia runoff election in January. As of this morning Democrats have netted one seat in the Senate.

The Office of Federal Relations will soon share a lame duck and 117th Congress outlook, but first we need the dust to settle on the 2020 race so we know who is sitting behind the Resolute desk and which members are wielding committee gavels in Congress. In the meantime, below is information on Wisconsin congressional races and some key dates to look for in the coming months. 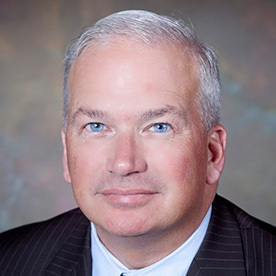 For the first time in almost 40 years, Wisconsin’s 5th congressional district will have a new representative next year. State Senate Majority Leader Scott Fitzgerald was elected to replace long-time Congressman Jim Sensenbrenner, who announced his retirement last year after 21 terms in Congress.

Congressman-elect Fitzgerald has served in the State Senate since 1994, representing Dodge, Dane, Washington, Columbia, Jefferson, and Waukesha counties. During his time in the State Senate he has focused on criminal justice issues. He graduated from the University of Wisconsin-Oshkosh in 1985 and is a U.S. Army Reserve veteran. Rep.-elect Fitzgerald will be appointed to congressional committees early next year. 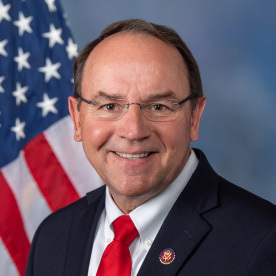